Colic survival rates have improved greatly over the years, but timely treatment and diligent aftercare still affect a horse's recovery and long-term health.
Looking back over the past several decades, it is evident that advances in colic treatment, both medical and surgical, have improved case results to an impressive extent. Progress in diagnostic methods, anesthesia approaches, and surgical procedures, combined with information gained through clinical experiences and research, have all contributed to this headway.

Among the general equine population four to 10 out of every 100 horses experience a colic episode during their lifetime; of these, 1-2% require surgical treatment (2006 AAEP Proceedings). In 35 years of performing colic surgeries, David Freeman, MVB, PhD, Dipl. ACVS, professor of large animal surgery at the University of Florida's College of Veterinary Medicine, has noticed some trends: For example. 33-50% of referred colic cases now go on to surgery while most of the rest are resolved with medical treatment. On the other hand, Eric Mueller, DVM, PhD, Dipl. ACVS, professor and director of equine programs at the University of Georgia's College of Veterinary Medicine, reports that 25-30% of horses admitted to the university clinic for colic require surgery while the rest are treated with medical therapy. "In 5-10% of cases a horse is humanely euthanized because of a poor prognosis or economical considerations," he adds.

Freeman describes salient colic management approaches that promote long-term survival: "The most important factor in (promoting post-) colic survival is to minimize the time interval from the onset of colic to the horse being taken to surgery." This begins with the owner promptly recognizing a horse in crisis and immediately notifying a veterinarian, followed by the referring veterinarian obtaining good clinical information and making appropriate judgments during evaluation. In addition, Freeman says communication between the horse owner and veterinarian is critical to ensuring a sick horse's timely referral and transport to a hospital. He urges owners to bring horses to clinics with surgical facilities for further assessment if colic persists despite conservative treatment, even if a decision hasn't been made on whether to go to surgery.

The most important indicator of the need for further assessment and potentially surgery is recurring pain, which can be assessed rapidly using short-term analgesics such as xylazine. Veterinarians can diagnose the source of colic pain through clinical evaluation and rectal exam, diagnostic ultrasound and radiography (X ray), and abdominocentesis (belly tap).

Mueller notes that it's particularly important to distinguish a small intestinal obstruction that requires surgical correction (such as a strangulating lipoma--a fatty tumor on a stalk that "strangles" part of the intestine) from an obstruction that can be addressed with medical therapy alone, such as enteritis (intestinal inflammation). Nonetheless, veterinarians don't always need a precise diagnosis in order to provide the appropriate treatment. Colic signs, particularly those that don't respond to treatment, can be used to determine whether medical or surgical treatment is required.

As mentioned, time makes all the difference in a surgical colic case's outcome: A rapid response minimizes the degree of intestinal compromise and improves a horse's overall systemic condition, which in turn helps reduce postoperative complications. "Complications can affect survival time (at the hospital following surgery) as well as long-term survival," Freeman says.

He points out that the current long-term prognosis for colic surgery recovery is much better than it was in the past; long-term prognosis is also better for horses not undergoing intestinal resection (removal of a diseased portion) than for those that do. Although not always possible, the goal is to perform surgery before irreversible changes develop that necessitate resection and anastomosis (surgical connection of healthy sections of intestine).

Since 1993 Freeman and colleagues have been collecting data on longer-term survival of small intestinal surgical cases; up to 12 years of follow-up information is available. Their studies using this information demonstrate that many horses can return to their expected use and live out their full life expectancy after small intestinal resection and anastomosis.

In decades past, a common and major post-surgical complication was adhesion formation resulting in recurrent colic. "Postoperative adhesions are common with small intestinal disease," says Mueller. "We've improved our recognition of this problem and use anti-adhesion solutions, anti-inflammatory medications, and postoperative abdominal lavage to minimize adhesion formation." And just as a speedy response assists other aspects of colic intervention, timely surgical correction helps reduce intestinal trauma.

Freeman believes one of the best ways to restore intestinal function and motility is with nutrition. "Get a horse back to normal food intake as soon as possible postoperatively, introducing hay in very small amounts around 18 to 24 hours after recovery," he says. "Intestine that sits stagnant with poor motility is more likely to form 'gluelike' adhesions between intestinal loops."

Along with free-choice water, Mueller slowly reintroduces forage to a horse's diet within one to five days following surgery, starting with hand grazing and mashes of bran and senior feed.

"Colic surgery is complicated, especially for the temperamental small intestine," says Freeman. "Some postoperative complications (i.e., persistent pain or gastric reflux) may necessitate a second surgery within 24 to 72 hours after the first."

Of small intestinal surgery cases, Freeman says 10-20% require a second surgery, whereas the more forgiving large intestine requires a second surgery in fewer than 5% of cases.

"Some types of colic, such as large colon volvulus in mares and left dorsal displacement with the large colon trapped between the left kidney and spleen, have a higher rate of recurrence, presumably because of anatomic and physiologic variations among affected horses," Mueller adds. Such colic events recur at variable times.

Another postoperative complication concern is laminitis: When the bowel's natural system of checks and balances is altered and microbial overgrowth leads to a die-off of Gram-negative bacteria, the resulting endotoxin release (endotoxemia) can increase multiorgan inflammation, increase vascular constriction, and induce insulin resistance, all potentially leading to laminitis. "Horses with anterior enteritis (inflammation of the early part of the small intestine) or colitis (inflammation of the colon) that have suffered through many days of endotoxin exposure from compromised intestine are more prone to laminitis than typical acute small or large intestinal bowel strangulation cases," Freeman reports. "Most likely, horses with strangulated bowel are taken quickly to surgery to correct the problem."

He added, however, that many colicky horses admitted to the hospital with endotoxemia that go to surgery do not develop laminitis.

For the postoperative horse Freeman recommends 30 days stall confinement, with five to 15 minutes of hand walking and hand grazing three to four times per day. This small amount of activity is important for intestinal motility as well as the horse's mental health. The biggest concern during this initial month is the possibility of drainage from or dehiscence (breakdown) of the abdominal incision, causing a hernia.

"The limiting factor related to exercise is healing of the abdominal incision, which takes about six months to reach 80% strength," says Mueller. Meanwhile, "sections of intestine that are joined back together after individual intestinal segments were removed heal quickly to 100% in about three weeks."

After 30 days Freeman and Mueller recommend the referring veterinarian examine the horse carefully to check that the incision is dry, has minimal swelling, and appears healthy. "Development of an incisional infection doubles the recommended time for postoperative care, with the horse not turned out until the incision is completely healed," Mueller says. In addition to impacting surgical success, such wound complications can influence health and performance; for instance, hernia development adversely affects future athletic activity.

For the incision that's healing normally, both surgeons suggest limited turnout in a small paddock or round pen for the second month. Some horses might require light sedation during turnout to stay quiet and, thus, prevent stressing abdominal tissues and causing herniation (although sedation could also help prevent other types of ¬injuries). Controlled light exercise improves the abdominal muscles' strength. After 60 to 90 days the horse can gradually resume regular turnout and normal ¬activity.

In addition to incisional concerns, it's important to remember that a horse will lose weight following colic surgery. "This is due to effects of intestinal disease and surgery, which take a lot out of them," says Freeman. "Muscle wasting occurs through inactivity and the healing process."

Adds Mueller, "Most horses lose 75-100 pounds shortly after surgery but quickly gain it back over four to six weeks. Since colic surgery horses are confined to stall and small paddock rest for four to eight weeks, they are offered only 25-50% of their normal grain ration." Freeman advises that the horse's diet should be brought back to previous levels slowly.

Today's economy is challenging to horse owners, often limiting their access to the best veterinary treatment. An owner's decision on how to handle a colicking horse is often based on financial constraints rather than medical limitations. In a strong economy, reports Mueller, "for every 10 horse ¬owners faced with colic surgery, eight or nine agree to surgery. During the recent economic downturn this has decreased to four or five of every 10 horse owners agreeing to colic surgery when needed, with the rest opting for humane euthanasia because of financial ¬considerations."

Freeman points out, "Now more than ever, it is important that practitioners are sensitive to (financial contraints) by being selective about expensive postoperative treatments and keeping costs of care within a range that an owner can afford." 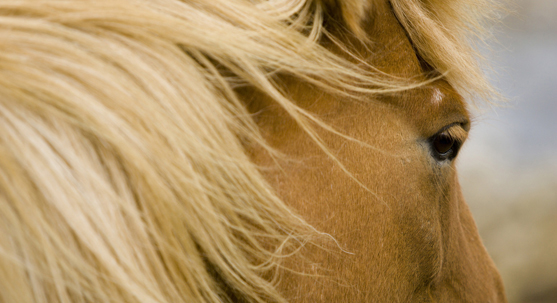